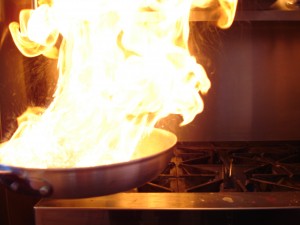 Chris Smith of Born to Eat Enterprises, LLC is a rock star.  He opened his first franchise restaurant at age 22 while still attending college.  Eight years later, he has seven stores, a high-functioning team, a happy wife, and free time on Sundays.

By his own admission, he was not always quite so amazing, though.

The restaurant industry is characterized by crazy hours, unpredictable days, and coordinating the efforts of a lot of people.  Fire-fighting, a figurative term in Corporate America denoting last-minute urgencies, can be quite literal in a workplace that relies on a gas grill.  Equipment will malfunction, people fail to show up for work, shipments may not arrive, or 50 customers can arrive at once when a tour bus stops in front of the building.  This is life in the restaurant fast lane.

I sat down with Chris over coffee one day to discuss how he became the picture of productivity in such a demanding environment.  The six pages of notes I took boil down (pun intended) to three major realizations.

Houston, We Have a Problem.

When Chris started out, he was unorganized, understaffed and working 18-hour days, every day.  He knew that there had to be a better way to work and to live.  Four years into his career, he read David Allen’s book, Getting Things Done.  For Chris, this was a transformative moment.  The Getting Things Done method (GTD for short) was exactly what he needed.  He took two weeks off work – even though it was an ill-advised time to do so – to reboot and regroup.  He sorted and purged his house, his home office and implemented his new system.

I think that the two-week retreat was a fantastic idea.  Chris invested heavily up-front.  So often, we think “I’m too busy to get organized.”  Chris realized that he would always be too busy for anything unless he got organized.  If a two-week hiatus from work sounds impossible to you, how many years are you willing to suffer to avoid the pain of doing it?

It’s not enough to just acknowledge that you have a problem. You must invest to solve it. tweet this 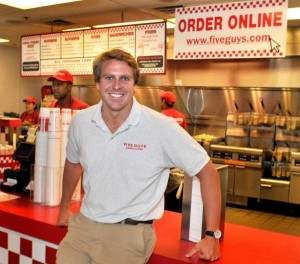 Put Out the Flaming Infernos First.

Chris needed to prioritize.  One of the first things he did was to place inboxes everywhere he worked:  his home office, his email, and in every store.  These inboxes became a gathering place for things that needed a decision.  He implemented David Allen’s suggestions from the first few chapters in the book and put the rest to the side – for the time being.

I applaud Chris for this strategy.  A key cause of time management system failure is trying to do too much too soon.  Chris’s stepwise approach was an effective way to gain some quick wins in his time management journey and recognize that years of bad habits do not get undone overnight.

A person suffering a broken leg doesn’t need instruction in how to train for a marathon. tweet this

It’s not about the System.

Chris is an evangelist for the GTD approach.  All of his managers are given a copy of the book and encouraged to implement.  However, Chris warns people that “You’ve got to remember that the purpose is productivity, not the system.”

I couldn’t agree more.  The purpose of time and task management is to achieve success.  A to-do list is a means to an end.  A calendar is the shield with which you defend your balanced life.  While Chris found his productivity soulmate in GTD, you may have different needs.  Use a system that works for you and remember that the point is to live and work according to your goals and values.

The purpose of a time management system is not a pretty planner, but an attractive life. tweet this

Chris began his journey with self-education, and you can too.  Sign up to receive my newsletter and you’ll have a monthly jolt of information and motivation to start or continue your productivity journey.  Click here to join the group.