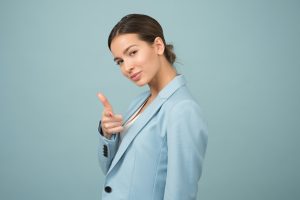 There are people in this world whose abilities, both innate and grown, are beautiful and desirable to employers.

Like the sparkles from the Fairy Godmother’s wand, their talents, engagement, and aspirations wind together across time and space to turn pumpkins into carriages.

They emit fairy dust on almost every endeavor in which they are involved. Whether inside or outside their area of expertise, their presence makes things happen.

In the world of Human Resources, these people are often labeled “high potential”, or HIPO for short.

Starry-eyed employers, if they are smart, nurture their HIPOs. Leaders give them opportunities to grow, individualized coaching, tailored rewards, and feedback.

But, what about the HIPO? How do they react to all of this attention?

It’s awesome! You get recognized for your contributions, and the future is so, so bright.

The first opportunity arises. You get placed on a cross-divisional project team. You are going to learn so much. Fantastic!

The second opportunity arises. You are named to a committee that makes important decisions. Gucci!

The third opportunity arises. You attend a conference that is totally paid for by your employer. Fire!

Then, a person in a position senior to yours leaves the company. The position is “restructured”, and you are given a chunk of their responsibilities – with no change in your salary or job title.

And someone in another department finds out how magnificent you are at public speaking, and you are asked to give presentations to clients. This has nothing to do with your current position but is a great opportunity for you to shine.

And so, it continues.

The intent of the employer is growth and development of talent. The impact on a HIPO can be very much the opposite.

Even back in the mid-90s when I was an HR manager, companies required internal candidates for promotion to demonstrate prowess in a position before receiving the job title and compensation for said position.

External candidates were typically given the benefit of the doubt and put directly in the role without much hoop jumping. And, with more pay.

Okay, so this blog post is becoming darker than I originally planned.

Here’s the situation. Someone I care about is getting used and abused by their employer. I’m worried about this person. Their talent, drive, and integrity are being taken for granted.

Unless something changes, I don’t think this will end well for either the company or the HIPO.

Go toward the light, Melissa.

Okay, so what do we do? How can HIPOs get the benefits of the opportunities without the overwork/overwhelm that can lead to burnout?

Here are some suggestions to avoid HIPO burnout.

Most professionals have a regularly scheduled 1:1 meeting with the person who manages their work. Bring an inventory of your big-picture responsibilities and timelines to every meeting.

This inventory could include:

Do NOT attempt to keep the boss informed of every task you are doing. That is way too much detail that will make their eyes glaze over. Stick to major projects and processes.

The purpose of this inventory is:

Leaders in organizations make assumptions about a HIPO, including:

Assumptions such as these are poison to the development of a HIPO.

Leaders cannot presume that HIPOs are copacetic with “the way we’ve always done things.” A HIPO may negotiate for more vacation days, even though “it’s against policy.” A HIPO may set boundaries on the number of hours they are willing to work each week, even when staying late is a cultural norm.

Perhaps we can look to our HIPOs to change, not conform to, the status quo.

Leaders should also not assume that the productivity systems that the HIPO used in their early career are scalable to their new opportunities.

Early in my career, I did almost every work-related task immediately. I had no centralized, comprehensive task list. I had to do everything right now because I was afraid I’d forget to do it later. I consistently threw more and more hours at my job to compensate for my lack of productivity skills.

I had to teach myself how to manage my time and tasks. Today’s HIPOs don’t have to DIY it. I can help.

Liking a HIPO and seeing yourself in them is nice. That feeling gives a leader an “affection” for the HIPO and a vested interest in seeing them succeed. That feeling also can diminish the HIPO into a mini-me.

Aim to develop them to be better than you, to surpass you, to surprise you. Here’s a secret – the HIPO wants this as well.

Does that worry you?

END_OF_DOCUMENT_TOKEN_TO_BE_REPLACED

Variety is the Spice of…Business!

Yes, I have been radio silent (blog silent?) for the past couple of months. One reason is that I have been working on...