The Future of Jobs (and Productivity!) 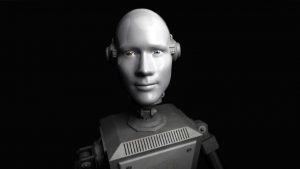 Jobs.  What will they be like in the future?

I recently had to go to physical therapy for an arm injury.  I swear this is relevant.

During my at-home stretching and exercises, I watched a lot of TED talks.  The timer at the bottom of the video window helped make counting from one to ten much less boring.

Again, I promise there is a point.

Two TED talks that I watched pertained to the future of work.

In the first, I learned that overseas outsourcing of manufacturing processes is not as big of a job drain as I originally believed.  In his TED talk, the real reason manufacturing jobs are disappearing, Augie Picado provides evidence that the loss of high-paying manufacturing jobs in the US is primarily because of machines, not cheaper labor in other countries.

In the second talk, David Lee discussed how jobs would look in the future and how they won’t feel like work.  The current model of work focuses on tasks.  We group similar task together, come up with a job description, and hire people who have the skills to perform most of the tasks the job requires.

According to Mr. Lee, jobs in the future will be constructed based on the skills of the person.  These person-centered positions will be more meaningful, valuable, and less likely to be taken over by robots.  Future jobs will empower the humans who hold them to be explorers, creators, and inventors.  Task-y-like tasks will be performed by machines, as Mr. Picado asserts.  Sounds exciting.

How does this apply to YOUR job?

I work with most of my clients to do the following:

Why?  Because as David Allen says, “Your mind is for having ideas, not holding them.”  I love that.

So, when you improve your productivity, you are outsourcing (kind of) the non-cerebral tasks and creating space for innovation and exploration.

First, welcome, don’t fight, automation.  Using apps and other productivity-improvement tools should not be limited to millennials.  Old dogs can learn new tricks.

Second, do a critical evaluation of your own performance.  Ask for feedback.  Just because you’ve done your job for many years doesn’t mean you are always doing it well.

Third, learn, learn, learn, and learn some more.  Watch TED talks.  Read articles.  Attend conference sessions for reasons other than CEU credits.  Hey, you can even read an eBook on productivity!

Be open to change.  Understand your current state.  Set goals to improve.