My 3 Most Productive Early Career Experiences 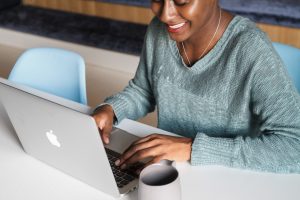 At a productivity seminar I delivered for a client recently, a man approached me afterwards with a question.  Those of us who facilitate training courses understand that these post-class conversations are often the most rewarding parts of being a public speaker.

This man was interning at the automotive plant that had hired me for the seminar.  A highly-motivated person, he wanted to discuss how he could maximize his internship and use this experience to grow his career.

He had just listened to me speak for almost seven hours.  I had already given him “enough to be getting on with” as our friends in the UK say.  But, he was hungry for more.

So, I thought about my early career.  What were the early-career experiences that helped me the most?

I came up with three.

One of the most frustrating aspects of being twenty-something was that everything I wanted to do required work experience but I needed work in order to gain the experience.

The first job I took was in corporate human resources.  I was hired because there was a project that had flopped in the prior year, and I was supposed to coax the phoenix out of those ashes.  That was really the only job duty I was hired to perform.  This was the 1990’s, so when there was a problem, we simply hired someone to fix it.

Well, I found the phoenix and we emerged triumphant.  The company gave me six months to complete a project that was done in six weeks.  Now, what the heck was I going to do to remain employed?

The answer was to learn to manage projects.

I self-studied my way into being a bona fide project manager in the HR department.  I volunteered (and was volun-told) for a variety of projects in areas in which I had no prior experience.

Need an HR intranet?  You got it.  Want to measure customer service excellence in a call center?  I’m your girl.  Need to coach 250 executives on their leadership skills?  Let’s do it.  Need to save money on executive relocation?  Right here, baby.

Through managing projects, I gained knowledge of my department and the innerworkings of the entire company.

Today, I believe in project management so much that I teach a class called Project Management for Regular Folks to help anyone who wants to advance their career do so.

There is no better way to become a well-rounded employee and prepare for future leadership roles than to manage projects.

Fast forward a few years.  I had managed my share of projects and had a couple of years of front-line people management under my belt.  The next career moves necessitated strategic responsibilities.  But, people are not born strategists.  It is a learned skill.  So, how do we learn it?

The head of my department asked me to be the meeting administrator for a strategic coalition of executives who were planning a complete overhaul of the human resources function in the company.  The participants in the meeting were several levels above me on the chain of command.

And, I was essentially the minute-taker.

Now, I have to be honest.  I was not thrilled about this “opportunity.”  In fact, I felt a little insulted and the feminist in me started to grumble.  Take notes…seriously?  Should I tie my hair in a bun and bring in a steno pad?

But, I swallowed my pride and asked my boss to buy me a laptop.  This was in the years before such things were handed out at the corporate door.  At least if I was going to take notes, I’d have a shiny new 10-pound laptop as a memento.

So, now’s the part of the tale when you are thinking that I was acting like an idiot.  You are not wrong.

Sitting in those meetings and taking notes was fascinating.  I really got into it and felt like I was seeing how big, important things got done.  Not all of it was pretty.  Some meetings looked more like a sausage factory than a think tank.

I enjoyed myself so much that my notes started taking on a life of their own.  I documented funny facial expressions, made bad puns, and injected observations of my own from time to time.  And, the notes I took got noticed.  My boss told me that my notes were part of why the group was successful.  Participants looked forward to reading, and even sharing, them.

For my part, I observed strategy in action.  I saw people dance around political issues, sometimes well, sometimes not.  I witnessed new ideas being born out of the collisions of half-formed ones.  I learned.  I grew.

A few months after that coalition’s purpose had been served, I was selected by that team to help lead a million-dollar project to implement one of their primary strategic initiatives.  Once the project concluded, I was tapped to be the director of the program.

Not bad for the steno-pad lady, huh?  I usually tell this story in my Maximize Your Meetings seminar.

You never know where good meeting management will lead.

Unlike the first two examples, this early career experience is more of a mantra than an event.

My first boss, the brilliant Ellen Williams, advised me to “Strive every day to work yourself out of job.”  I thought she had lost her mind when I first heard this come out of her mouth.  Obviously, my opinion has changed since I was twenty-something.

What Ellen meant was that I should always try to improve processes, share my knowledge, and do everything possible NOT to be indispensable in my current position.  Why?  Because that’s not where I planned to spend the rest of my career.

Snuggling in to a job and making it so the place cannot run without you renders it almost impossible to get promoted.  And, it makes you vulnerable to job obsolescence as technology improves.

Streamlining your job and developing those around you make you indispensable for positions above you.

This is why I teach process documentation and process improvement to my clients.

So, what should the mid- and late-career folks do with this information?

First of all, don’t demonize the millennials.  Ellen likely thought I was an idiot at times, too.

Secondly, give them projects; give them opportunities to excel.  They may pleasantly surprise you.

Lastly, allow the early career people to put their own spin on their work.  Nobody thought that my meeting notes would be passed around the executive floor because they were funny.  Young folks can bring fresh perspectives to stale situations.

After all, you will want to retire someday and need to be working yourself out of a job.