The Courage to Say “Yes” 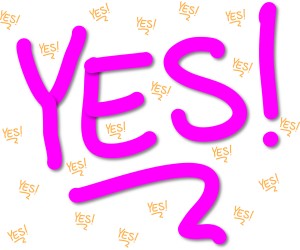 Omkari Williams is a media and communications consultant who was born and bred in Manhattan. She is a former actor who speaks with eloquence and perfect diction. She carries herself like a dancer and has forgotten more about captivating an audience than I will ever know.

In a word, Omkari is fabulous.

We became acquainted after a 1 Million Cups meeting. If you are not familiar with 1 Million Cups and are passionate about entrepreneurism, click here. I noticed her because she asked thoughtful questions and offered intelligent insights. So, I made my way through the crowd to meet her afterwards.

Here’s where it gets interesting.

Omkari didn’t know me from Adam’s Housecat. After a brief conversation, I asked her if she would like to have coffee to learn more about our businesses. She said “Yes!” so quickly that I was a bit surprised. I didn’t even have time to do the “I know your time is valuable, so please feel free to decline if you are pulled in too many different directions” spiel. She said yes, we found a date, and we met.

Later, I learned that Omkari’s “yes” was very intentional.

Like me, Omkari is new to the Savannah area, but while I moved here as a trailing spouse, Omkari left her beloved New York City both to escape the winters and start the next chapter of her life after divorce. She didn’t know anyone here. She had visited Savannah years ago and remembered liking the city.

So, now we know how brave Omkari is. This becomes relevant soon.

An introvert by nature, Omkari was adamant that she was not going to “become the crazy cat lady” in Savannah. So, she decided to do something completely different than she had ever done before. Omkari decided that anytime anyone asked her to go anywhere (except for skydiving or bungee jumping), she would say “Yes.”

Here are some of the 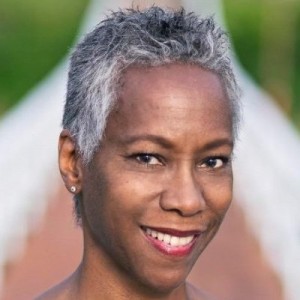 Omkari says that she has met a whole group of people she would have never encountered any other way and that it has been “magical” for her. She went against her instincts to say “No, thank you” and everything (except for the unintended date) has been fun. Although her favorite past times are to read, knit, and watch football, she has found it very liberating to say…yes!

Here is what Omkari has learned in ten months (and counting!) of saying yes:

Conventional wisdom among us productivity experts (cough, cough) is that the word no is the most important word to use. Saying “yes” is what gets us overcommitted, overworked, underpaid, and can even collapse an entire nation’s economy! Yes is evil…

So, is it the word, or is it the intent behind it?

I asked Omkari, “Are you overcommitted?” Her answer (ironically) was “No.” Although she has taken on both one-time and ongoing commitments, Omkari says that she is in a phase of life where she was looking to expand, rather than shrink, her world. The worst possible outcome was that she would find herself in the middle of an unenjoyable activity.

Omkari makes an intentional choice to say yes – there is never any guilt or obligation behind her responses. It has saved her from overthinking things and has removed a lot of emotional distress from her life. She is able to make quick decisions and find joy in activities she never would have tried before.

Although Omkari is in a life situation that’s very different from mine, meeting her has challenged me to be less fearful of the word “yes.” It’s just a word, and I trust me to be able to handle the implications of my yes’s.

Are you ready to feel balanced and effective at work and in life?


Read my eBook Love Your Calendar…and be monogamous.