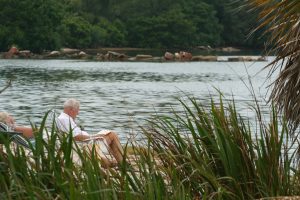 The culmination of a successful career is retirement, right?

Susan Lowrey-Flaherty should know.  She has been an Occupational Therapist for 50 years and has retired three times.  There’s a story here.

For many folks, retirement is an administrative process of receiving benefits that were hard-earned.  For others, it is a career change.  The days of a single retirement event signifying a transition from work to leisure are somewhat rare.

Susan has retired for different reasons each time.  Because Susan speaks in witty and profound sound bites, I’ll let her words tell the tale.

You are never too young to retire but may be too old to enjoy it.

Susan retired the first time in the 1970’s – relatively early into her earning years.  She had been working at the Rehabilitation Institute of Chicago.

For two years, she traveled the world.  Susan spent some time as a migrant worker and housemaid-waitress with brief stints as an Occupational Therapist.  Her most memorable experience was being an assistant to a medicine man in Thailand.  She lived on $3.00 per day.

Susan wanted to see the world.  She retired early and did just that.

I forgot to retire in the 90s.

Susan went back to work at St. Joseph’s/Candler Hospital.  In the 90s and early 2000s, she worked hard and squeezed in household chores on the weekends.  She made lists and crossed things off her lists.  I can certainly relate to this lifestyle.  Can’t you?

Susan was in her prime working years and had a stellar career.  But…

I made a New Year’s Resolution to listen to my shoulds and wants.

Susan felt guilty when she didn’t get everything done on her weekend to-do list.  Her frustration with herself grew to a point when she decided that something had to change.  While making her list one weekend, she estimated the amount of time that each task would require.

Susan had scheduled 40 hours’ worth of household work in one weekend.

So, Susan resolved to let go of the guilt.  She paid more attention to the things she wanted to do and acknowledged that there were some “shoulds” on her list that she could let go of.

Question:  What do you do, Susan? 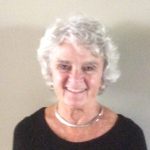 Answer:  Anything, everything, and nothing…and not always in that order.

The Q&A above took place when I met Susan at a Chatham Commerce Club lunch.  She definitely captured my attention with her response.

When I asked her to elaborate, here is what she said:

Guilt is not productive.  I see this play out with my clients often.  They retain books and magazines and to-dos and emails and surround themselves with guilt.  Letting go of these low-priority undone tasks is cathartic and leads to success in important areas.

Susan took intentional actions to remove the likelihood that she would be racked by guilt in her retirement years.  A planful person, Susan didn’t just abandon all responsibility and decide to live for the moment.  Susan confronted her own feelings of “should” and remembered the importance of “want” when planning her future.

I think that all three of Susan’s retirements have been quite productive.  Don’t you?

Are you ready to finally achieve what you set out to do?


Read my eBook Set Goals…even if you’re not convinced you’ll achieve them.